History of the port

The port traces is origin from one of the oldest Baltic harbours of Koenigsberg  – capital city of the former East Prussia. The city foundation at the Pregel watermouth, its development and prosperity has always been considered to be connected with commerce and trade routes with its junction in the port in all times. 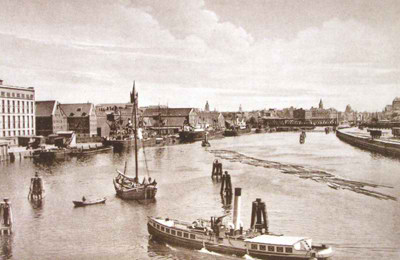 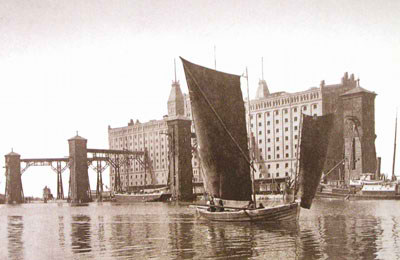 In 1339 port city of Koenigsberg became a member of legendary commercial alliance of the Baltic cities – Hanseatic League. This year is considered the year of founding the city. 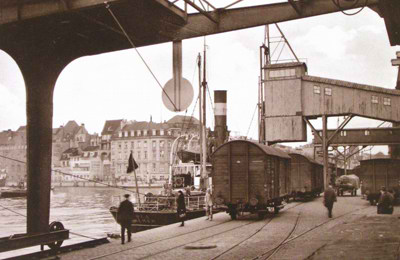 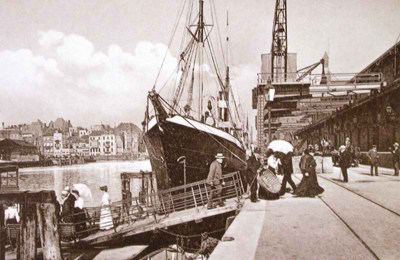 Kaliningrad sea commercial port foundation is inherent from the two significant historical events – assault of Koenigsberg and victory of the Soviet people in The Great Patriotic War. 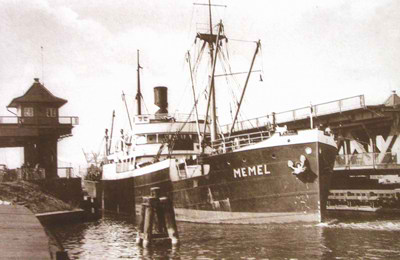 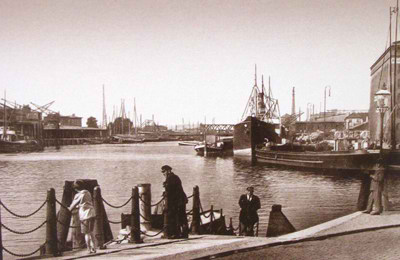 Transferred to the civil authorities subject to act, signed by Vasilevskiy - marshal of the Soviet Union, the port was appeared among the first civil enterprises to conduct the establishment in war-ravaged Koenigsberg.

At that time the port as well as the whole city itself presented horrifying picture of destruction: storages, railways, communication lines and cranes – all these was buried in ruins. Harbours and maritime canal at its whole 43-kilometers length was encumbered with sunken vessels and military property. It is well remembered by the pioneer port workers from other Soviet ports who arrived with the aim of reconstruction.

The first head of the port was Prichert Mikhail Fyodorovich, who was sent on a business trip from the Severodvinsk port. 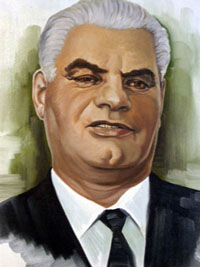 On December 26, 1945 the first vessel “Oranienbaum” was already taken in work.

In this remote past port dockers, also referred to as freight handlers, had to use their own hands and back as mechanical means. However they had the great enthusiasm. After vessel unloading operating shift they headed to remove the rubble, reconstruct houses, repair equipment.

In the spring of 1946 Khariton Ivanovich Greku, who arrived from the Vladivostok port, became the head of the port. 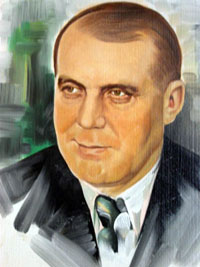 In the first postwar five-year period pioneer gangs of dockers emerged. Special attention was payed to cargo operation mechanization. New machinery was delivered to the port, and dockers had to use it with maximum efficiency.
In the late 40-s the main role is played by a machinery operator: craneman, loader operator, engine driver.

In 1949 newly-founded Kaliningrad port showed good results in the industrial activity, and started to appear among the best Soviet ports. The fiftieth became a period of active development and implementing of new types and technologies of vessel and freight cars handling.

In the fiftieth the port staff fulfilled the range of important administrative tasks. From 1955 to 1958 the port has carried out main job regarding cargo packaging and shipping on the vessels of the first four Soviet Antarctic expeditions.
A lot of dockers were personally involved in these expeditions in a capacity of mechanics, electricians, winchmen, tractor drivers on polar stations. An intended general director Arkadiy Evgenievich Mikhailov was one of them. In November 30, 1955 the head of the port Khariton Ivanovich Greku, appointed as a head of «Mirniy» shore base, leaved the port with the first Antarctic expedition. Afterwords, in memory of this person and his deeds of high resolve, the main vessel of the giant ore freighters was named «Khariton Greku»

Since 1955 the port was headed by Aram Vartanovich Safarov. 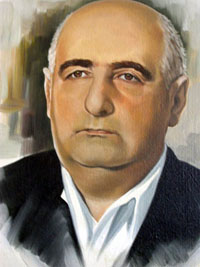 The sixties is a period of new cargo flows exploration and implementation of new organization forms.

The port was the first in Ministry of Marine who realized handling of bulk Cuban raw sugar carrying vessels.

In this period comlex gangs of dockers were built-up, when they included cranemen, drivers apart from loader handlers. It was complicated, but the effect was obvious: demurrages have reduced, manufacturing production has increased, labour has diversified much.
The port started to receive new «Hanz» electric gantry cranes, as well as other modern machinery.

The port began to accept large-capacity sea vessels with their partial unloading on the external roadstead. It was a great merit of Ilya Nikolaevich Chagin, whose name is now given to one of the most powerful tug boat of the port.
In 1962, during the Cuban missile crisis, dockers took an active participation in outfit of vessel on its way to Cuba.

In 1966 the port changed planning and economical regulation system, new types and means of cargo packaging were implemented, that allowed to increase manufacturing productivity and accelerate cargo and carriages significantly.

In the middle 1971 Arkadiy Evgenievich Mikhailov became the head of port for the period of 25 years, playing a significant role in its history. Due to his management, knowledge and the highest competence and go-aheadedness, the port became one of the most respectable marine transport enterprises. 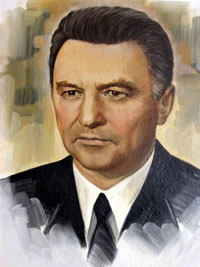 The seventies were remarkable for innovations in labour organization, methods of vessels and carriages handling, progressive technological processes implementing. Among them are     optimal performance of vessels handling, port-based transport nodal point establishment.

In 1978 the port was announced a basic enterprise of the branch regarding implementing of scientific labour organization.

Even each quarter the port staff was awarded winning places in All-Soviet socialistic competition of Ministry of Marine ports, and based on the results of 1978-1979 years, the port was placed on honours board on the USSR Exhibition of Economic Achievements.

On September 15, 1992 according to the State program of privatization it was transformed into the limited liability company, and subsequently - into joint-stock company «Sea Commercial Port of Kaliningrad».

In May 1991 the port, as well as a whole Kaliningrad region faced greatly expectable historical event – the port was opened for international vessels call. Since that moment, cargo flow geography has expanded much.

Main efforts have been allocated to modernization and construction on new port capacities, line shipping development, foundation of joint enterprises and companies, able to provide high level of service rendering in all marine spheres.